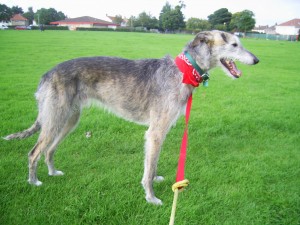 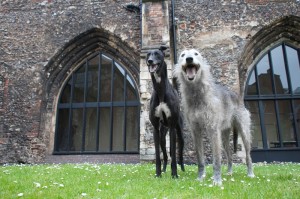 Murphy had been picked up by dog wardens and after 7 days in a stray kennels was not claimed although he was neutered, he was not microchipped.

AFG had a foster home available for him with 2 other rescue dogs so were able to take him straight away.

Murphy was familiar with a house, so had obviously been a family companion at some time in his life. His foster home very quickly became his forever home.

Over the years his 2 elderly rescue canine friends have since passed away but he has since been joined by another AFG adopted greyhound Cara and are very happy together (Cara also featured on Dogs homed ‘Greyhounds’).