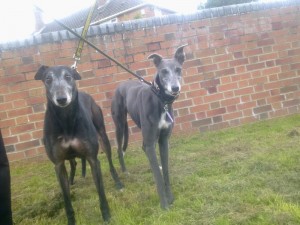 Skinny Mable, the day she came to AFG, meeting Frankie 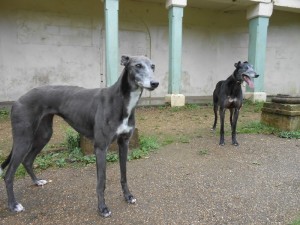 Mable 2 weeks after coming to AFG 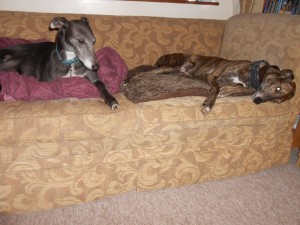 Mable in her forever home with Floyd

Came into the care of AFG in August 2012. She was a ‘Free Giveaway’ on an internet site.

The reason for her being unwanted was the ‘owners’ said their other greyhound had died so they didn’t want her anymore.

They had acquired her sometime ago from a trainer and once again she was now being offloaded a second time with no regard for her future welfare and security. Mable was not neutered, or micro-chipped and her general condition was poor with a dull scurfy coat. Her breath smelt awful and several decayed teeth were visible.

After settling Mable into her foster home with another rescued greyhound, Frankie, she soon gained condition and was able to be neutered and receive a dental, whereby several decayed teeth were extracted.

Mable continued to improve and enjoyed her adventures with Frankie.

Being an outgoing and comical character, she also brought nervous Frankie out of his shell. At the end of November, Mable joined lurcher Floyd who had been adopted from AFG 2 years earlier. The pair became best friends and are enjoying a great life together.

Mable was returned to AfG in October 2014 after her carers marriage ended (with Floyd being re-homed to another family member and Mable going to an Afg foster home).

After a few months in foster care, Mable found what is hoped to now be her forever home with Gene who sadly lost her beautiful greyhound Belle at age 13 (who she had adopted from AfG 3 years earlier). Mable is enjoying a great life, photographed here at age 11 1/2 years. 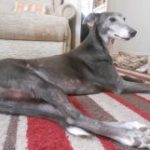 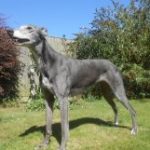 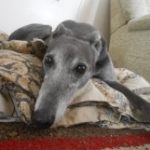 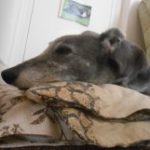